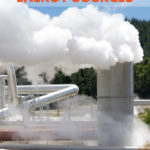 It seems as if everyone is trying to get more green these days and for very good reasons. Getting to enjoy living on the earth we share doesn’t come without consequence. We need to learn how to help the earth and adopt environmentally conscious ways to live. A lot of resources we consume (water, electricity) are essential to our survival, so, we should learn how to channel methods in conserving them better.

One of these methods includes using renewable energy sources. There are so many super great resources that can either be tapped in different ways or can be used more efficiently. If you’re not sure where to start when it comes to doing research on renewable energy source and what you can mix into your lifestyle, fret no more! We’ve got plenty of information on the topic so you can see what’s out there and available to you.

WHAT ARE RENEWABLE SOURCES OF ENERGY?

Renewable energy sources are sources that renew themselves and are natural to the planet. Wind, sun, waves – these are all powerful forces that can be turned into great energy sources if used correctly. Better yet, these resources won’t necessarily run out anytime soon – at least probably not in our lifetimes. These sources will help save the planet and can actually cost a lot less to use than you think.

There are so many types of sustainable and creative natural resources that can power the world. Some of these you may have heard of, but some of these may be a new concept to you entirely. Either way, the planet is on the right track if we are able to home in on these methods and incorporate their clean power into the modern-day household easily and cost-effectively. Most of these methods are available in some capacity for use now, but bigger sources are still in the works and are acting as more of an action plan for the future. All of these sources, however, are being researched in order to be used on a larger scale. Although most countries are already using renewable sources, others who are lagging are quickly following suit in order to help the planet and cut back on the human footprint.

Solar energy is energy used from the radiant kind of light and temperature from our sun that’s harnessed for evolving technologies. Some of these technologies include solar heating as well as photo voltaic, solar construction, solar thermal energy, and even molten salt power plants and synthetic photosynthesis for organic materials. This energy can be sourced through many different ways, but you can harness the power of the sun within your own home by way of solar panels.

Solar panels can be found in buildings and can even power your handheld calculator due to these nifty panels. They can be used to heat your home and work just as well as electricity when it comes to keeping the lights on. Geothermal energy is essentially thermal power created and then stored from the actual earth. This is energy that is running off the temperature of the substance. The very geothermal energy in the earth’s crust originally comes from the creation of the planet as well from the radioactive deterioration of natural materials.

Geothermal energy plants harness the power of water and steam by underwater tanks and are used to power in dry steam, flash, and binary. This all has to do with the power of pressurized heating and cooling processes. Pretty amazing stuff! Wind power is used from the powerful force of wind turbines. You use wind power as it flows through the turbines to provide mechanical power to turn on electric generators. Wind power is a much cleaner, less detrimental alternative to burning up fossil fuels.

Wind power is an abundant source that is renewable and widely distributed due to its clean power that produces no greenhouse gasses during operation. This method also requires no water and wind turbines really don’t take up much space, considering all the fantastic things they do for the planet.

HYDROELECTRICITY (THE POWER FROM WATER)

Hydroelectricity or the power of water is produced from hydropower. This is actually a very clean resource and is responsible for about 70% of the world’s renewable electricity. The use of hydroelectricity is only expected to rise as we progress forward due to this very clean energy source. Since the world is made up of mostly water, we can’t seem to be in the wrong homing in on this powerful force.

Tidal power, oftentimes referred to as tidal energy, is an energy in the shape of hydropower which then changes the energy obtained from tides into usable sources of power, such as electricity. Tidal power isn’t as prominent a resource as the aforementioned energy sources, but it has the possibility for future generations generating electricity. Better yet, the use of the tides and the power they emit is a more predictable source than having to rely on the wind and sun. Something to keep in mind for the future.

Kind of like hydroelectricity, or more so, the source of hydroelectricity, hydropower is the actual water power which is derived from the reusable energy of falling or running fast water. This energy can be harnessed into a very clean energy source.

This is regarded as a fantastic source of renewable energy due to the water cycle is consistently rehabilitated by our sun. Historically, the power of water was widely used in farming for grinding mills or anywhere a mechanical mill was used. Also, waterfalls are a great power source due to the amount of heavy water rushing downward.

Biogas basically means a mix of various gases made as a result by the breakdown of organic (or bio) matter. The lack of oxygen in the breakdown of raw ingredients like agricultural wastes, manure, civic waste, plant-based material, and even sewage or green or food waste creates a renewable source of energy.

Pretty nifty, huh? Who knew that your leftovers could potentially act as a renewable source of energy? It’s kind of like composting, but on a much larger scale. The chemicals within natural waste breaking down are so powerful, they can be used as an energy resource.

This is great news for people who are conscious of the amount of trash they release and keep track of organic matter leaving the house. This also means that we could potentially be recycling more organic waste which would help fuel any biogas power plants in the future.

Compressed natural gas can basically be described as a fuel which is used as a substitution to gasoline, diesel fuel, and propane. This method of natural gas produces fewer undesirable gases and is much safer than other types of fuels. This is mostly because, in the unfortunate happening of a spill, this natural type of gas is way lighter than air and scatters far quicker when released so the chance or risk of a chemical burn is significantly less prominent. As you can see, there are so many wonderful, unique and renewable energy sources that we are trying to tap into more and more. This is great news for the planet because we can stop using up all the natural resources. Things like gasoline and other fossil fuels won’t last forever, after all, and these are a few of the best renewable resources that can sustain the health and overall wellbeing of the planet.

Whether you prefer solar panels or the benefits of a wind turbine, you can easily get more information on these practices since they are up and coming in this age of going green. There are also a lot of great things you can do within your home to help, such as create your own composting garden or even trying to cut out plastics and recycle more. Whatever little steps you can take will eventually add up and help reach the common goal of protecting the earth as much as possible. No step is too tiny when it comes to helping the earth sustain itself!

Help! Why Is My Dehumidifier Not Collecting Water?

A Look At The Best Small Dehumidifiers You Can Buy

Diffuser VS Humidifier: What is the Difference?

Does Your Humidifier Really Need a Filter?

The Top Dehumidifiers With A Pump And Why