Question: How is Wind Energy Related to Solar Energy? Skip to content 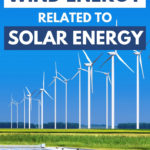 Tapping into the planet’s renewable sources of energy might be the trick to preserving a lot of the Earth’s natural resources. When harvesting renewable energy sources, we’re also helping preserve the planet, as plants that generate electricity are well-known polluters.

Wind power is a renewable source of energy, but there aren’t many people who understand how it works. If you’ve ever wondered how wind energy is related to solar energy, and how humans are able to harvest it and convert it to electricity, stick around and we’ll show you.

How Is Wind Formed? 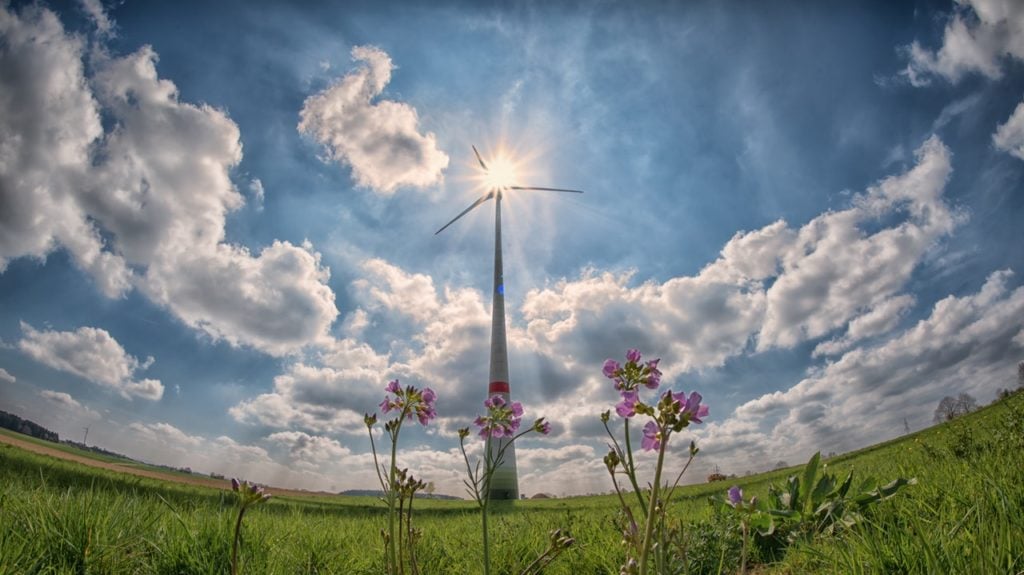 Believe it or not, wind energy comes from the sun. It’s actually solar energy that’s converted into a different form. The shortest and most simple explanation would be that the Earth’s atmosphere isn’t heated evenly by the sun.

As you know, the sun’s radiations are responsible with warming different water bodies all across the surface of the planet. The rates of warmth differ from one region to another, just as the temperatures during the day and night.

Both water and land absorb the sun’s light in different quantities, but also reflect it differently. As a result, the atmosphere is unevenly heated, which causes hot air to rise. As the hot air rises, cool air is drawn to the surface of the Earth, to replace it. Wind is the results of this air exchange.
Naturally, with these explanations in mind, it becomes obvious why wind is more powerful in other regions, and is so dependent on microclimates. Wind is widely spread across hilltops, coastlines, and high altitude.

What Are Wind Turbines? 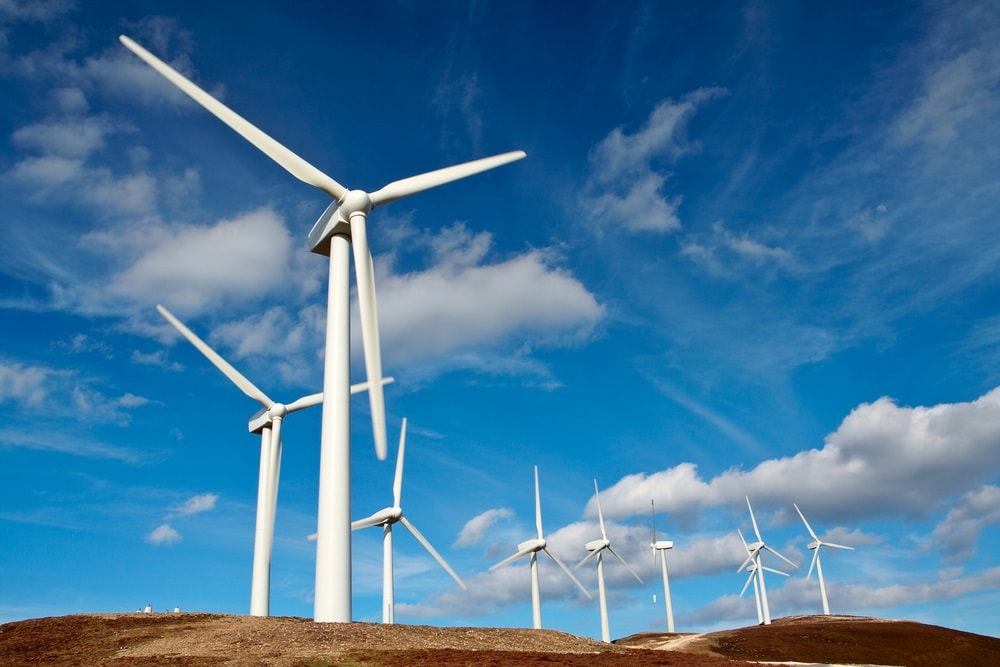 Wind is a renewable source of energy, which means that human are looking for advanced ways of harvesting it and turning it into power. One of the most popular man made inventions for harvesting wind energy is a wind turbine.

Wind turbines convert the power of wind into mechanical energy, which is then used to create electricity. A wind turbine is basically a conversion device, which has two basic forms:

There are lots of components required to make a wind turbine work, such as the rotor, the nacelle, the mainframe, the tower, the tail, the inverter, electrical cables, power disconnect devices, and others. But, three of them are important to remember if you want to get a big picture on how a wind turbine works:

Once kinetic wind energy has been converted into electricity, it travels to a power grid, which can then be redirected by electric utility companies to households. The distribution lines are means of transporting electricity from wind farms to larger transmission lines.

When an area has a large number of wind turbines built close to one another, they form a wind farm. Such a wind farm can be considered a power plant that fuels a particular grid with electricity. 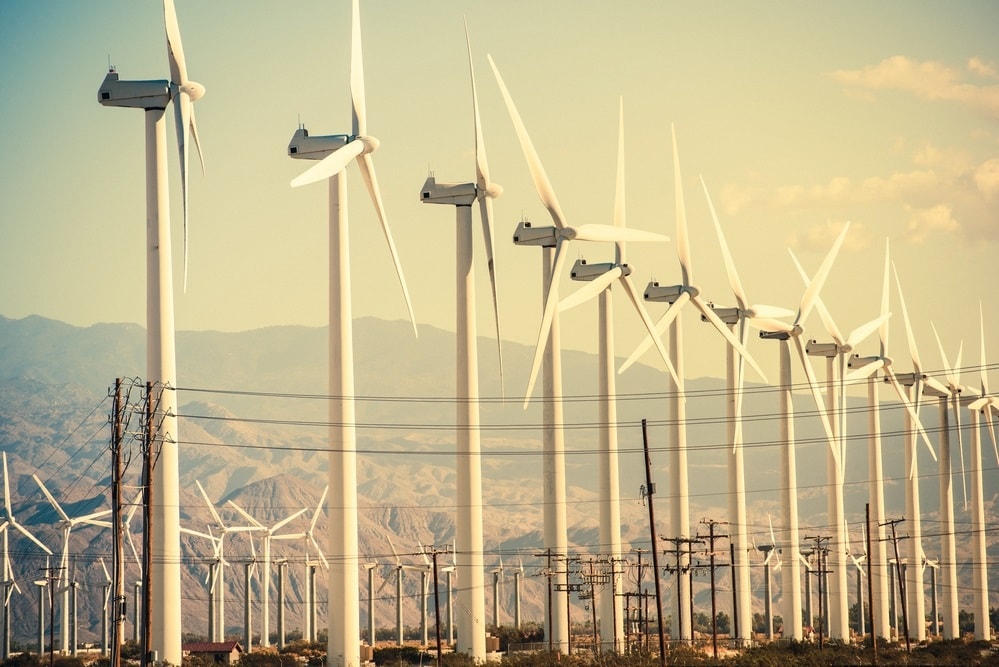 Harvesting wind energy and converting it into electricity has its ups and down, of course. The biggest and most important advantage is that we’re dealing with a renewable source of energy that can never be tapped out.

Wind is a constant source of energy and can provide electricity that’s clean, and doesn’t pollute. Your typical power plant will always be a threat to the environment, because of its air pollutants. Wind energy, on the other hand, doesn’t emit any greenhouse gases, and is eco-friendly.

As far as disadvantages go, the major problem is the initial investment required to harvest wind energy at a level where it can actually supply the masses with electricity. Harvesting wind energy requires a massive upfront investment in infrastructure, even more compared to what fossil-fuel generators need.

While it may be a sustainable way of producing electricity on the long run, there’s a lot of machinery required to reach that level, but the wind costs are highly competitive compared to technologies that require fuel purchase.

There are a few environmental concerns related to harvesting wind energy, such as the fact that wind turbines are very noisy. Some activists are concerned with the fact that the rotor blades might kill birds.

Another important thing to consider is that wind is not a constant, and while it may be predicted in some areas, it won’t always blow each time electricity is needed. Naturally, not every wind that blows on the face of the Earth can actually be converted into electricity. Keep in mind that there are remote locations that make good wind sites, but they are scarce compared to those who aren’t. 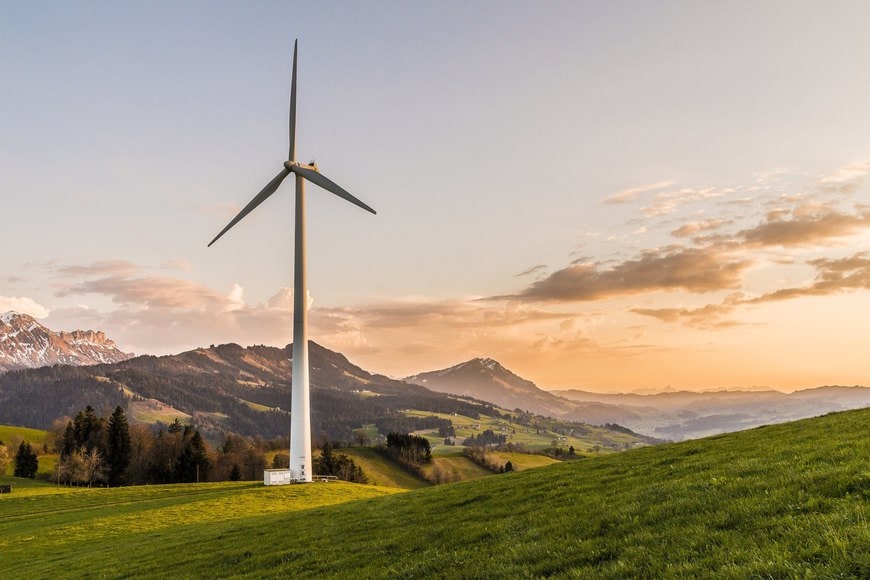 When hearing about wind turbines, people think of the old Dutch buildings surrounded by fields of tulips. Windmills have been around for centuries, and they may be visually similar to a wind turbine. But windmills were constructed to turn the wind’s energy into mechanical energy, which was then used to pump water or grind grain.

Harvesting wind energy is a field that still requires a lot of study and even more investments. But using the Earth’s renewable resources through manmade harvesting mechanisms (such as wind turbines, solar panels, etc.) may be the best way to save what’s left of our planet.

Can and Will a Dehumidifier Kill Mold Effectively?

How to Use a Crane Humidifier